Calories! Calories! Read All About It!

Herman Pontzer - Herman Pontzer is an Associate Professor of Anthropology at Hunter College and a NYCEP faculty member who specializes in human and ape energetics and locomotor biomechanics. 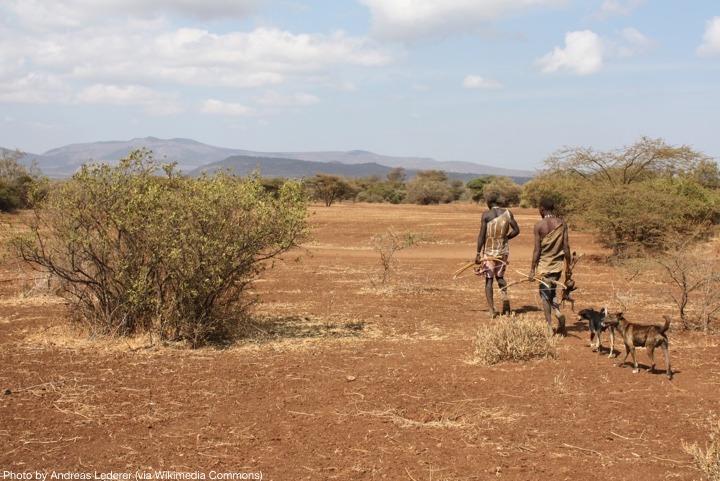 “Isn’t it amazing,” I recall saying to my dad, “that, no matter how much happens in a day, it all fits perfectly in the newspaper?” I was 12, had stolen the line from a stand-up routine I heard on TV, and delivered it for comedic effect as my dad tried to enjoy his newspaper. My dad chuckled politely, but his expression clicked to sober as he caught a good look at me, like a neurosurgeon noticing that his child’s pupils were different sizes. As a high-school teacher, he was well practiced at spotting true ignorance in the guise of asinine humor. “You know how that works, right?” he probed. I smiled unconvincingly. “Well, it all fits because people work to make it fit. That’s what writers and editors do. They trim or expand the stories to fit and fill all of the pages.” It was a minor epiphany.

Fast forward 20 years. I’m sitting in my office, looking at new data on how many calories traditional Hadza hunter gatherers expend each day. Lots of studies had estimated daily energy needs for hunter-gatherers, but these were the first real, physiological measurements, done using the ‘doubly labeled water’ technique, which uses stable isotopes (deuterium and oxygen-18) to track the body’s production of carbon dioxide. Like other hunter-gatherers, the Hadza have incredibly strenuous lifestyles, walking long distances and working hard to get food, water, and firewood each day, and it seemed obvious going in to the study that they would burn a lot more calories than sedentary Westerners. In fact that was the whole point, the main reason that Dave Raichlen and I had spent years getting funding and permits, the reason that we along with Brian Wood had lugged tanks of liquid nitrogen and urine samples around northern Tanzania in the back of 30 year old Land Rover: daily energy use is a fundamental variable for any organism, and we wanted to get real data on energy use in humans who weren’t coddled by the many modern conveniences of life in developed countries, and who didn’t depend on agriculture and domesticated animals. But the dots on the scatterplot in front of me were telling a strange story. No matter how I looked at it, daily energy expenditure among the Hadza was indistinguishable from that of folks in the US and Europe. Isn’t it amazing, I thought, that no matter how much you do in a day, it all seems to fit in the same energy budget?

Metaphors matter in science. Atoms are clouds, DNA is a string of A’s, T’s, C’s, and G’s, cholesterol clogs your arteries like bacon grease in a kitchen sink. In energetics, the body is often compared to an engine, burning fuel to do work, creating waste and heat. The engine metaphor underlies every exercise program promising to make you thin, from the Biggest Loser to the WHO website on preventing obesity: exercise revs up the metabolic engine, burning more fuel and eventually reducing your stockpile of calories, the fat. Stuck in this metaphor, the Hadza results were incomprehensible. Engines doing more work must burn more energy.

Our Hadza results add to the growing literature that our bodies are a lot more like newspapers. The myriad processes that bring in food, convert it to metabolic fuel, and burn this fuel in our cells act in concert to keep our energy budget – the daily paper – essentially fixed in size. Exercise a lot, and the sports section expands, shrinking the available space for everything else. Don’t exercise, and you fill the paper with less important stuff – celebrity gossip, horoscopes. Oh sure, a big event like a marathon comes along and perhaps you print a double issue – the system can be flexible. But day to day, over the long term, the number of pages per day is remarkably consistent, just as it’s built to be.

The Hadza study isn’t an outlier. There’s a growing literature from other doubly labeled water studies supporting the ‘newspaper’ model for daily energy budgets, and as Gary Taubes has written, this view of our metabolism has a deep, though largely forgotten or ignored, history in science and medicine. For those of us interested in the physiology, ecology, and evolution of humans and other primates, here are some of the developing headlines:

The length of the sports sections tells you almost nothing about the length of the paper
This is the big one. Every energy budget model in wide use today assumes that your daily activity level dictates your daily energy expenditure (I’m looking at you, FAO/UNU factorial model). Turns out it’s not that simple. Sure, start Cross-Fit tomorrow, and your daily energy use will increase, for a while. But over the long term (about 20 weeks is a good ballpark) your body will adapt, and simply spend less energy on other physiological tasks. The sports section of your daily paper will grow, but the rest will shrink and the paper will return to its original length. This is probably why – crazy as it sounds – primates in zoos burn the same amount of energy each day as their more active counterparts in the wild, and why big differences in lifestyle have no measurable effect on energy expenditures in human populations (see great work by Amy Luke and Lara Dugas, and this paper by John Speakman and Klaas Westerterp). A corollary is that using activity budgets (or a FitBit, but read on before you get angry…) to estimate daily energy expenditures is most likely a fool’s errand.

The length of the sports section affects the length of the other sections
Here’s the flip-side to the previous point: if the total size of the energy budget (paper) is fixed, the amount spent on activity (the sports section) will dictate how much room is left for everything else. There’s a huge literature in human and animal physiology detailing just how this works. Peter Ellison, among others, has shown how both men’s and women’s reproductive energetics change in response to activity level. Meredith Reiches did a great study showing how activity levels and energy stress shape developmental trajectories in Gambian women. When food availability is limited, the body can get really creative: mothers in traditional agricultural populations have been shown to decrease their basal metabolic rate during pregnancy and lactation to keep total daily energy throughput in check. But food limitation isn’t required. Adults in the US and Europe reduce basal metabolic rates in response to long term exercise programs in study after study.

YOU STILL NEED TO EXERCISE!
One criticism we got a lot after the Hadza study came out was that we were destroying the planet by telling people they didn’t need to exercise. After all, if the body adapts to exercise to keep energy expenditure in check, then exercise won’t work for weight loss or preventing obesity. And if exercise doesn’t help with weight loss, why bother doing it??

While we did make the point that our data add to a growing consensus that exercise is a poor tool for weight loss, we never said that you don’t need to exercise (we actually made sure to point out that “physical activity is very important for maintaining physical and mental health”). Instead, the Hadza data and other studies suggest a cool, novel mechanism for why exercise is so important: forcing your body to spend its energy on exercise might prevent it from engaging in harmful metabolic activity, like inflammation and other over-active immune responses. In fact, this could be another big reason that traditional farming and foraging populations have such low incidence of chronic disease. Exercise keeps your body focused on the important tasks, and doesn’t leave any room in your daily metabolic paper for trash. So be proud, FitBit-ers! If it keeps you moving, it’s important for your health.

All models are wrong eventually, but some are useful. The engine model of metabolism may have finally outlived its usefulness, at least when for looking at habitual energy budgets across populations or species. The newspaper model leads to a lot of interesting and possibly useful questions: How does energy throughput adapt to changes in diet or activity? What physiological tasks are prioritized when a lot of energy is diverted to exercise? How has metabolism evolved in different primate lineages (including our own)? How are these metabolic changes related to life history and ecology? Lots of fun work to do. You never know where the next minor epiphany might strike.

Herman Pontzer is an Associate Professor of Anthropology at Hunter College and a NYCEP faculty member who specializes in human and ape energetics and locomotor biomechanics.