How big brains and bipedalism made birth laborious

Jennifer Eyre - Jennifer Eyre is a Ph.D. candidate at New York University and a member of NYCEP and CSHO who is interested in the evolution of the modern human pelvis and mechanism of birth.

Have you ever wondered why giving birth takes such a long time, hurts so much, and is so dangerous? Seems like a bad idea for a species’ survival, doesn’t it? Maybe you assume that it’s always been that way, or that’s just the way it has to be. Would it surprise you to learn that birth for our closest living relatives, the apes, is a relatively easy process because the mother’s birth canal is spacious compared to the size of her baby? It turns out humans are the odd ones out amongst the apes because our babies’ heads are as big as or bigger than the birth canal! No wonder birth is so laborious.

So how did we get here? Why did natural selection favor this strange situation? What stops selection acting to increase the size of the maternal birth canal?. One popular and long-standing hypothesis is termed “the obstetric dilemma”. Basically it posits that to be an efficient biped you need a narrow pelvis (Washburn, 1960). Selection should favor narrow hips for effective and efficient bipedalism and this in turn could constrain the width of the pelvis and thus the birth canal (see Warrener et al., 2015 for a good explanation of the biomechanics involved). In the image below you can see that during hominin evolution the pelvis has changed from being wide in early hominins like Australopithecus to narrow in modern humans. Combine a narrow pelvis with our famously big brains and you have a tricky situation when it comes to squeezing a big-headed baby out of a small birth canal. 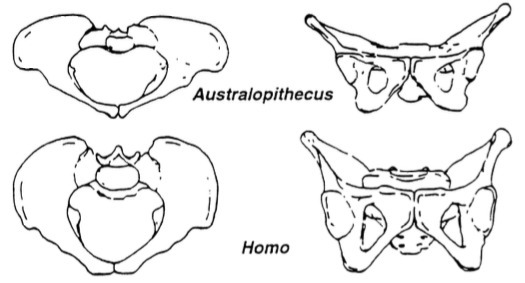 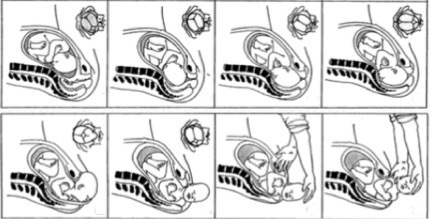 So, problem solved, right? Our pelvis can’t get any wider because we would be inefficient walkers, and selection has acted to do everything it can to make sure we can give birth. Well, one problem with this scenario is that despite a lot of research it has not been shown conclusively that humans with wider pelves are any less efficient at walking than those with narrower pelves (Warrener et al., 2015; also see Dunsworth et al., 2012 for an alternate hypothesis).

That’s why instead of looking at constraints placed on the pelvis due to bipedalism (which are doubtless very important) I am going to investigate what role thermoregulation has played in pelvic morphology (Ruff, 1994). Having a narrower body is useful for shedding heat when you live in a hot climate because it increases the ratio of your surface area (skin) to your volume. The more surface area you have, the easier it is for you to get rid of excess heat by sweating or pumping blood to the surface to cool down (Charkoudian, 2003). This is termed Bergmann’s Rule (Bergmann, 1847). Thus we see narrower bodied humans in areas of the world with hot climates such as East Africa, and wider bodied humans in cold areas of the world, such as the Arctic (illustrated below with bears). 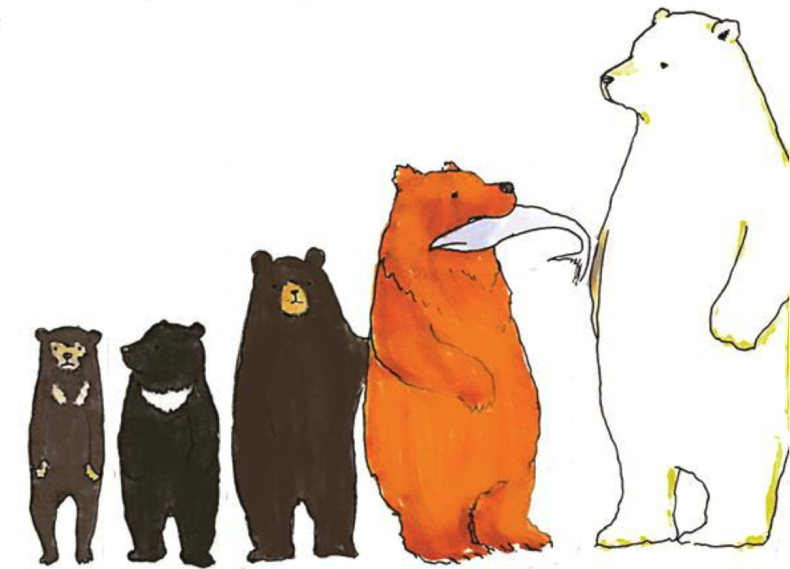 However, although pelvic width does increase with increasing latitude (Ruff, 1994), no one has actually demonstrated that a wide pelvis makes any difference in the human body’s ability to thermoregulate. Therefore I am going to have volunteers run on a treadmill at various temperatures while I take measurements of their core temperature, using an innovative pill that will transmit their temperature to a recording device manufactured by HQInc.

I hope to find out if hip width coordinates with the ability to maintain a stable or low core temperature during strenuous exercise (such as hunting), as this would have been an advantage to individuals evolving in a hot climate. Hopefully this research will help to explain why, during our evolutionary history, there was a change from a broad pelvis to a narrow one, which made birth so laborious.

For a great review of this topic visit Dr. Bob Martin’s blog

Putschar, W.G. (1976). The structure of the human symphysis pubis with special consideration of parturition and its sequelae. American Journal of Physical Anthropology 45, 589–594.

Jennifer Eyre is a Ph.D. candidate at New York University and a member of NYCEP and CSHO who is interested in the evolution of the modern human pelvis and mechanism of birth.