Who killed the giant lemurs?

A murder mystery with applications for conservation efforts in Madagascar 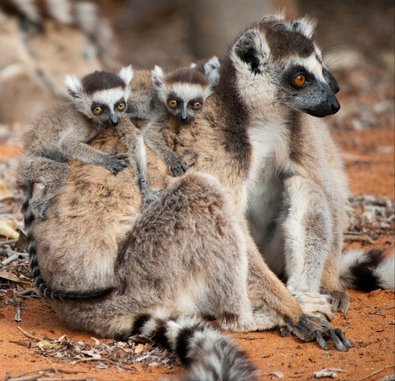 Madagascar’s combination of unique organisms and the threat of extinction they face due to human activities make it one of the world’s biodiversity hotspots. All of the world’s more than 100 surviving species of lemur are endemic to Madagascar, as were the 17 species known to have gone extinct. These extinct lemurs were “giant,” all weighing more than the biggest living lemur and ranging from the size of a baboon to that of a silverback gorilla. Researchers have uncovered a wealth of information about how these lemurs lived using ample evidence from subfossil material (bones that are too young to have completely fossilized and still contain some organic matter). We know these animals were almost all diurnal based on the size of their eyes and had large areas of occurrence relative to lemurs today. Palaeopropithecus ingens ate leaves and fruit, and was adapted for slowly climbing trees and extended periods of suspension, earning it the name sloth lemur. The monkey lemur, Hadropithecus stenognathus, was omnivorous, terrestrial, and lived in open grasslands.

These diverse giant lemurs were all alive when humans arrived in Madagascar 2,300 years ago. The monkey lemur persisted until as recently as 500 years ago and may even live on in oral histories of people from southeastern Madagascar. So, who killed the giant lemurs? Was it humans, in the day time, with the hunting pressures? Or was it nature, with the gradual climate transition?

We know from the fungus spores that only grow in the dung of very large animals that Madagascar’s megafaunal population crashed a suspicious 500 years after human arrival and continued to decline over the next few centuries. The most damning evidence is cut marks on hundreds of subfossil bones showing that humans hunted and butchered the giant lemurs. Further, since large, diurnal animals are ideal prey for humans and these are precisely the types of lemurs to have gone extinct, hunting probably was the catalyst and major driving force behind giant lemur extinctions.

Conversely, if lemurs needing large home ranges or if those relying on patchy resources like fruit are overrepresented among the extinct taxa, then habitat fragmentation or disruption might have been a more likely trigger. That’s not to say that human-driven habitat fragmentation isn’t an enormous problem for lemurs today, or that it didn’t accelerate the extinction process once human predation set it in motion. Charcoal and pollen records indicate that agriculture and natural climate drying caused dramatic changes in vegetation across the island about 950 years ago, coinciding with many of the first extinctions. Hunting and the deforestation process probably had synergistic consequences for the giant lemurs: removing so many big herbivores from the environment made forests denser and more prone to severe fires, making permanent the conversion of forests into unsuitable grasslands habitat. The giant lemurs also had relatively slow reproductive rates (estimated from analyses of tooth development), which meant that populations were slow to recover from this host of stressors. 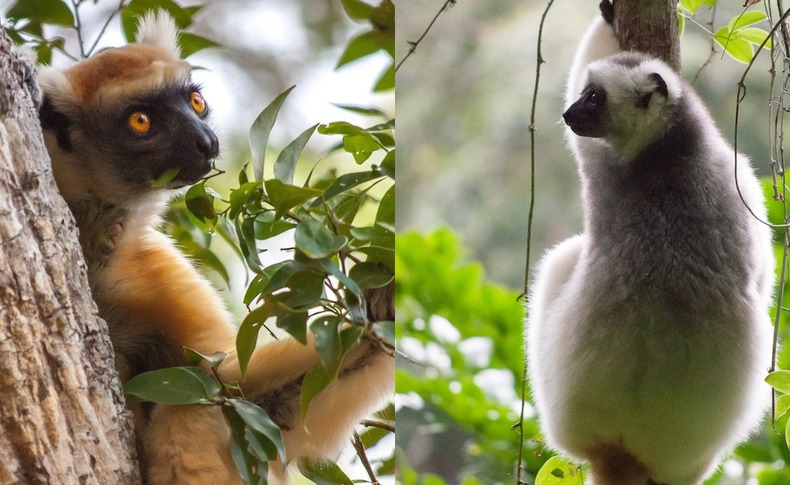 Based on current knowledge of modern threats, the largest living lemur, the indri, is at high risk of extinction due to its body size, but what other species are at extreme risk given what we know about how extinction progresses? Sustained habitat loss has probably become the predominant force pushing living lemurs to the brink, and satellite images from the last 60 years indicate that forest loss has accelerated. The aye-aye has the largest home range of any lemur and the slowest reproductive rate. Its genetic diversity is more like that of the giant lemurs’ before they went extinct than that of other living lemurs. None of those traits bode well for animals surviving in diminishing forests. 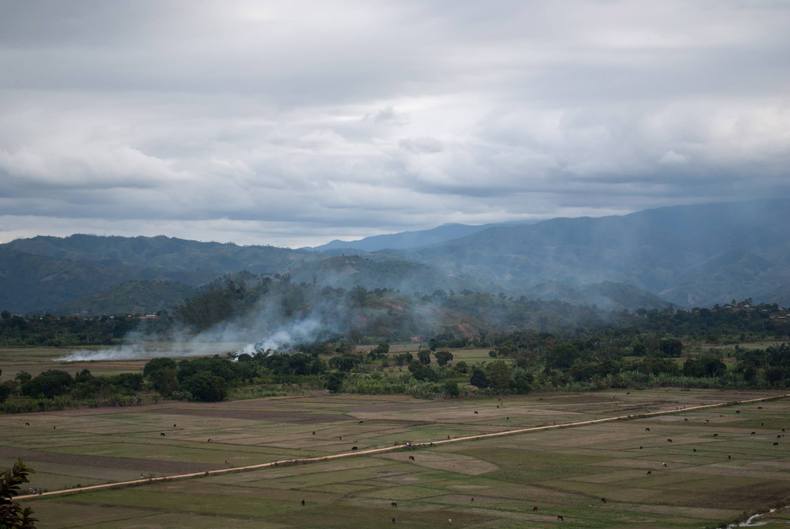 The most recent IUCN Red List assessments indicate that 94% of lemur species are threatened with extinction. This number reflects increasing habitat losses and threats as a consequence of years of political instability following a coup in 2009. Many conservation initiatives driven by national policies and international aid were at least temporarily thwarted. Worse yet, early work documenting changes since the coup indicates that illegal deforestation and human incursions into Masoala National Park have spiked, and hunting of lemurs has become common. We also know now that lemurs are living in non-preferred habitat through a process called ecological retreat, in which animals take refuge in places they are not necessarily adapted to in order to avoid humans and other pressures. Without more work to curb these pressures, the aye-aye and indri, and many other species besides, are in trouble. Fortunately, notable efforts, like the newly launched Lemur Conservation Network, are underway to prevent these lemurs from going the way of their giant relatives.

Jen Tinsman is a NYCEP PhD student in Ecology, Evolution, and Environmental Biology at Columbia University studying the landscape genomics of endangered lemurs.